Deadline have published details of the US release for Terry Gilliam’s upcoming The Zero Theorem movie.

Director Terry Gilliam’s sci-fi film The Zero Theorem was acquired for theatrical distribution late summer by Amplify and Well Go USA Entertainment which will follow that with a home video release. The specific release date has not been determined. The new film from Gilliam stars Christoph Waltz with Matt Damon, Tilda Swinton, David Thewlis, Melanie Thierry and Lucas Hedges. Theorem tells the story of an eccentric computer genius (Waltz) who lives in a burnt-out church working on a project whose objective is to discover the meaning of life. Gilliam, who directed both Brazil and Twelve Monkeys (as well as the cult classic Monty Python And The Holy Grail), has called this film his final in what he has called his futuristic trilogy. Well Go USA releasing the film on DVD and Blu-ray.

The film was directed from a script by Pat Rushin and produced by Nicolas Chartier (who won an Academy Award for The Hurt Locker) and Dean Zanuck. The deal was negotiated by Elisabeth Costa de Beauregard Rose of Voltage Pictures on behalf of the filmmakers with Amplify’s Kent Sanderson, Dylan Marchetti, and Logan Mulvey on behalf of Amplify and Doris Pfardrescher for Well Go USA.

Don’t forget to check out the full list of confirmed international release dates for The Zero Theorem. 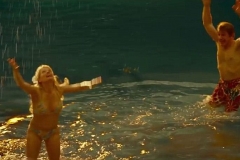 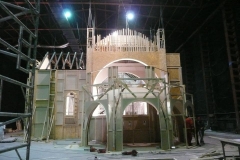 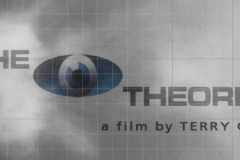